In the 1970s, Ixonia Mutual Treasurer Theodore Degner felt self-auditing was inadequate and that policyholders needed and expected an independent auditor to review its books. Showing great foresight, he suggested this audit would give policyholders confidence in the financial strength and soundness of the mutual. Ixonia Mutual’s 1975 books were opened up and audited for the first time by an independent auditor, who then presented its findings to the board of directors and policyholders at the 1976 annual meeting. This was the first annual report presented on an accrual basis.

Watertown Mutual followed with an independent auditor a few years later. This practice is now required by state law.

In 1978, Insurance Commissioner Susan Mitchell suggested the surplus of several town mutuals was becoming too large and they should consider paying dividends to their policyholders. Watertown Mutual President Paul Schmidt presented this idea at the company’s 1978 annual meeting. At its 1979 annual meeting a motion was made and passed to not pay a policyholder dividend. This proved to be a wise decision.

The concern for excess surplus ended all at once, when on July 15, 1980, a large storm rolled through northwestern Wisconsin. In Pierce County, Martell Town Mutual Insurance experienced over $5 million of damage. At that time, a state law required town mutual insurance companies to have unlimited reinsurance coverage for wind (this law still stands today). In spite of this, Martell had a state-approved, limited reinsurance contract and its amount of storm damage exceeded that amount. Martell Town Mutual Insurance was ordered to liquidate.

Forward Mutual continues with this tradition today. It presently has an A’ Unsurpassed Financial Stability Rating from Demotech Inc. 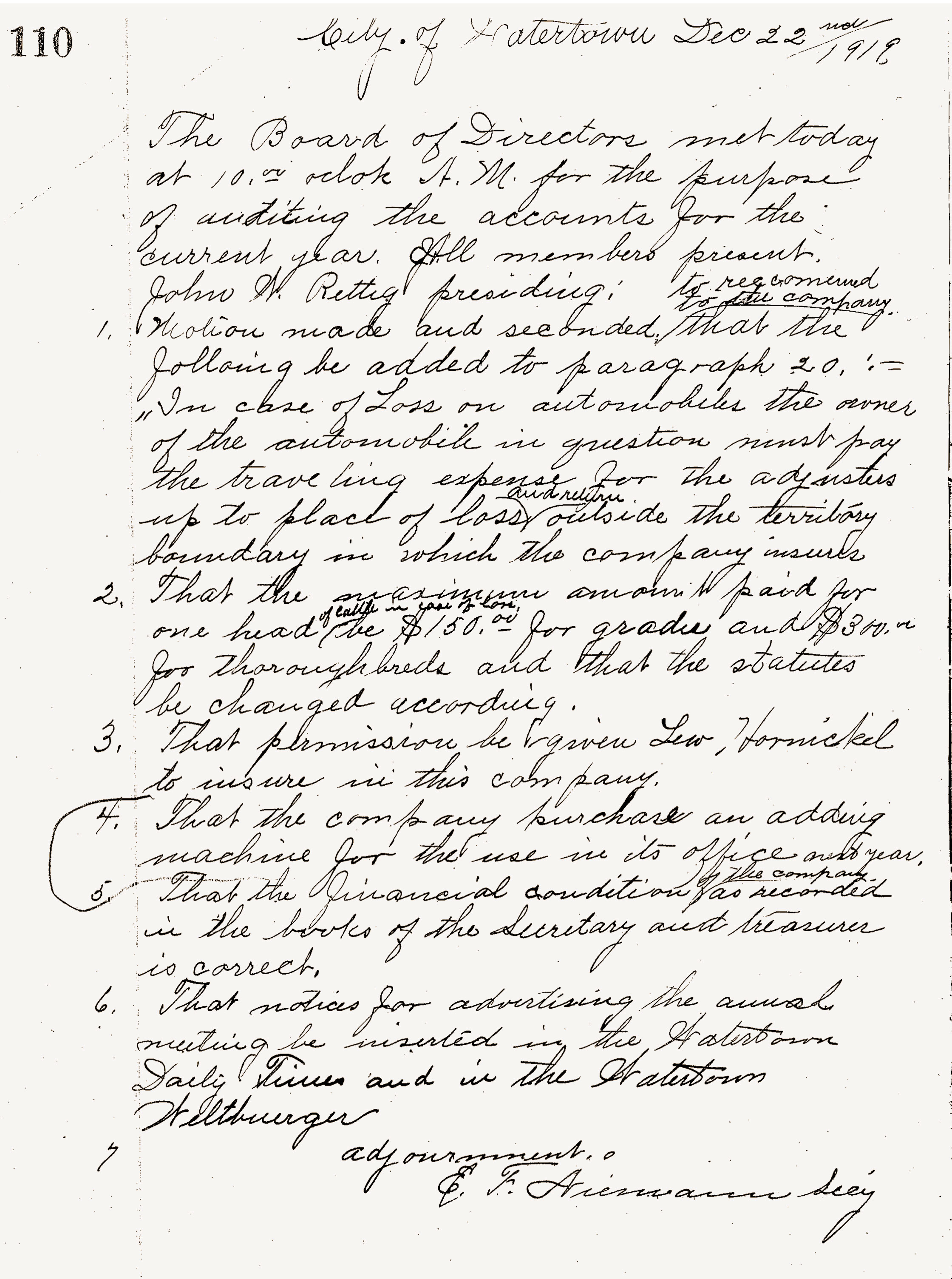