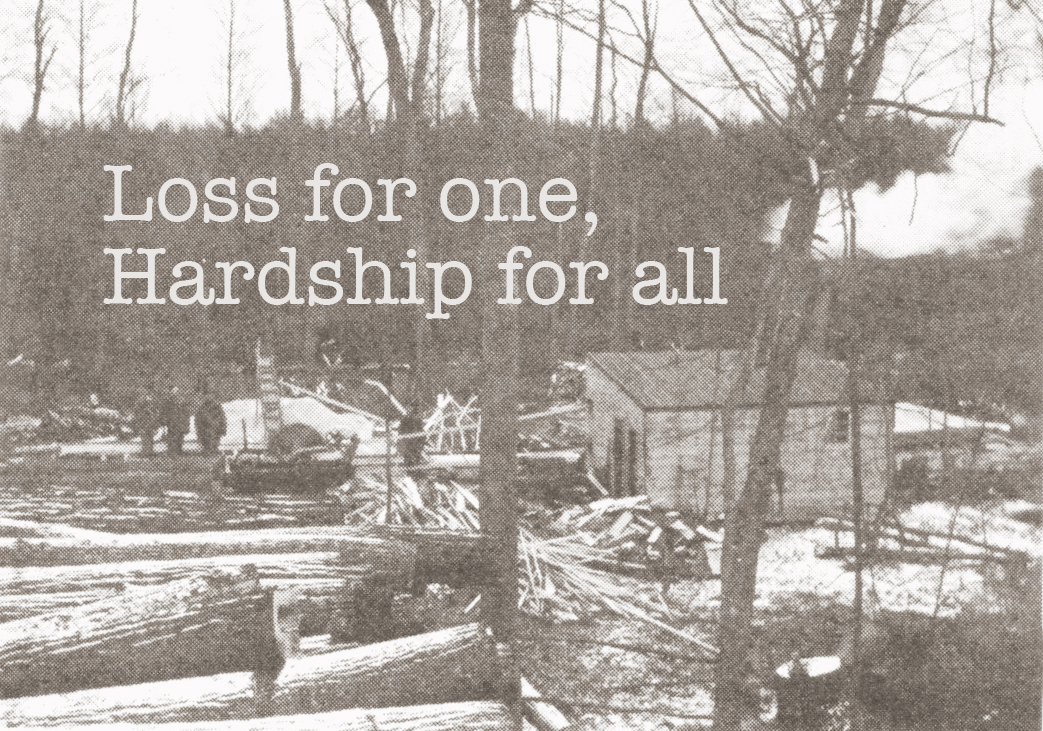 As much as we enjoy our Wisconsin summers, we all know the improbability of the weather. Thunderstorms, lightning, and even tornados are events we Midwesterners unfortunately must deal with. For the insurance industry, these often mean mass damage and expensive payouts. In the 1880s, neither Ixonia Mutual Fire Insurance Company or Watertown Mutual Fire Insurance Company offered coverage for storm damage. But they knew the difficulties of large payouts due to the ravages of fire. Last month, we learned how in 1879 Ixonia Mutual used an assessment to help finance a large payout. In 1885, the company was once again challenged with a series of losses, each of them beyond the capabilities of the company’s treasury.

On Tuesday, January 20, 1885, Piper Gibb & Co., a mill located along the Rock River in Pipersville, was destroyed by fire. Ixonia Mutual’s adjusting committee reported “the loss of the building being certain and total and being satisfied that the fire originated from no cause for which the owners could be in any way aware or responsible” and four days later leveed an assessment of $1,600 to pay the loss.

Six months later, on July 16, 1885, a barn and contents owned by David Lewis was destroyed by fire and the company leveed an assessment of $650 to pay the loss.

On September 23, 1885, a barn and contents owned by E. R. Adams was destroyed by fire and the company once again leveed an assessment of $908 to pay the loss.

One can imagine these assessments were extremely hard on the policyholders. That the company made it through that difficult year is testament to the strong commitment the mutual members held for helping their neighbors.