In the late 1800s, to become a policyholder of either Ixonia Mutual Fire Insurance Company or Watertown Mutual Fire Insurance Company, one was required to sign an undertaking. The undertaking bound them and their heirs to a pro rata share of all losses, which was a percentage based on the amount for which their policy was insured. After a loss occurred the board of directors would levee the assessment to pay for the loss.

Here’s a copy of such an undertaking notice. 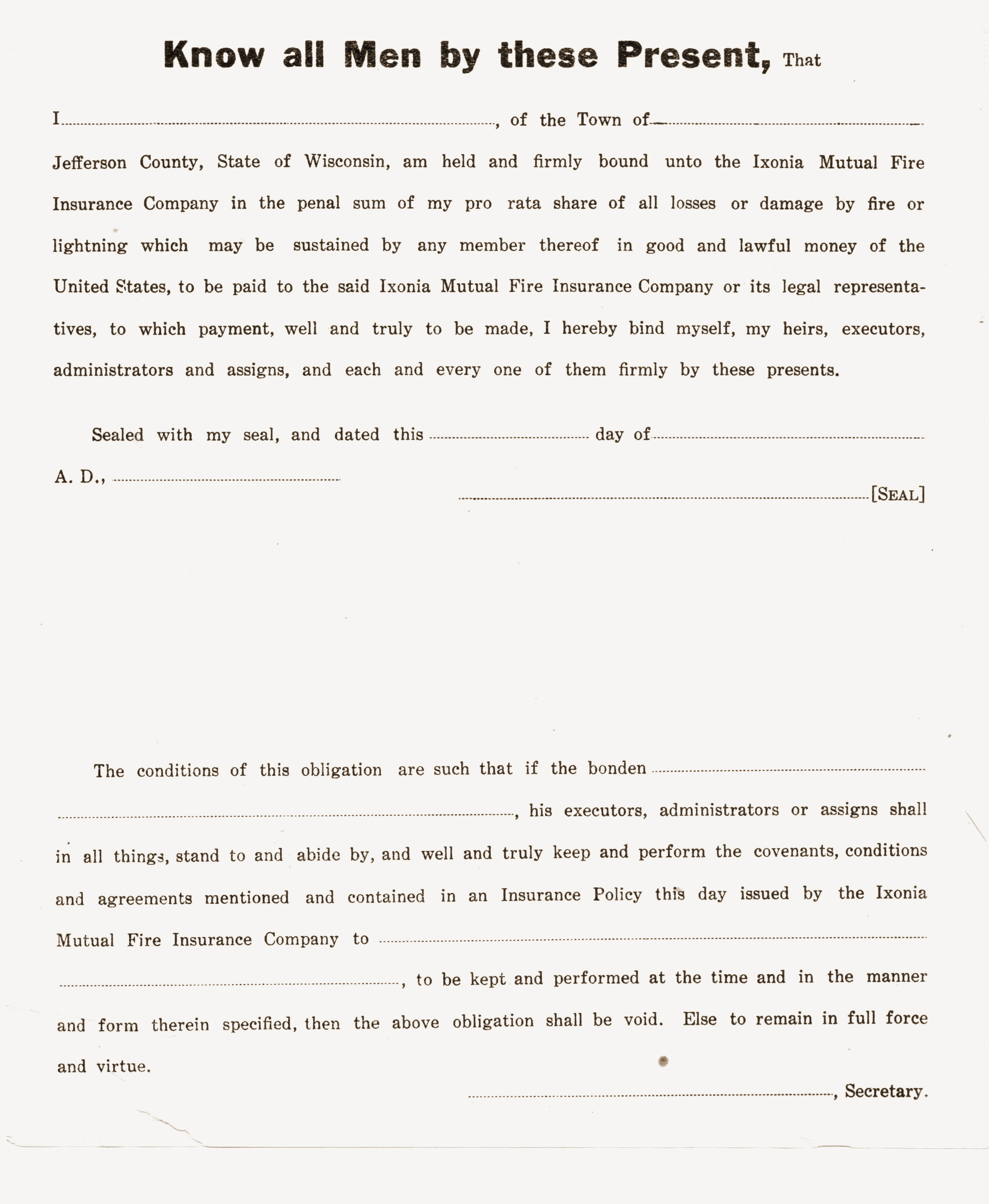 The events leading the directors to authorize the first assessment are interesting. On November 8, 1879, August Stray reported Ixonia Mutual’s second fire loss. His unfortunate fire damaged his barn, two horses, and a buggy in the amount of $150. One month later on December 9, 1879, Ludwig Huebner had a $50 fire loss to his dwelling. These losses were major for the company, since their treasurer’s balance was only $129.75.

How did Ixonia Mutual handle this? They borrowed, although from a different source than insurance companies might do today.

To pay this claim, Ixonia Mutual’s board of directors borrowed $100 at 8% interest from John Gibb, who was a former Wisconsin Assemblyman, local businessman and chairman of Ixonia Mutual’s founding committee. Records show that borrowing money for the short term was common, with the intention that the loan was repaid by membership fees.

As fate would have it on September 25, 1880, William Williams had a fire that burned his barn, two horses and fodder, and caused $5 damage to his bull. Such a catastrophic loss came to $480. This led the directors to levy their first assessment of $530 for the Williams claim and pay back the balance of the loan for the earlier loss. 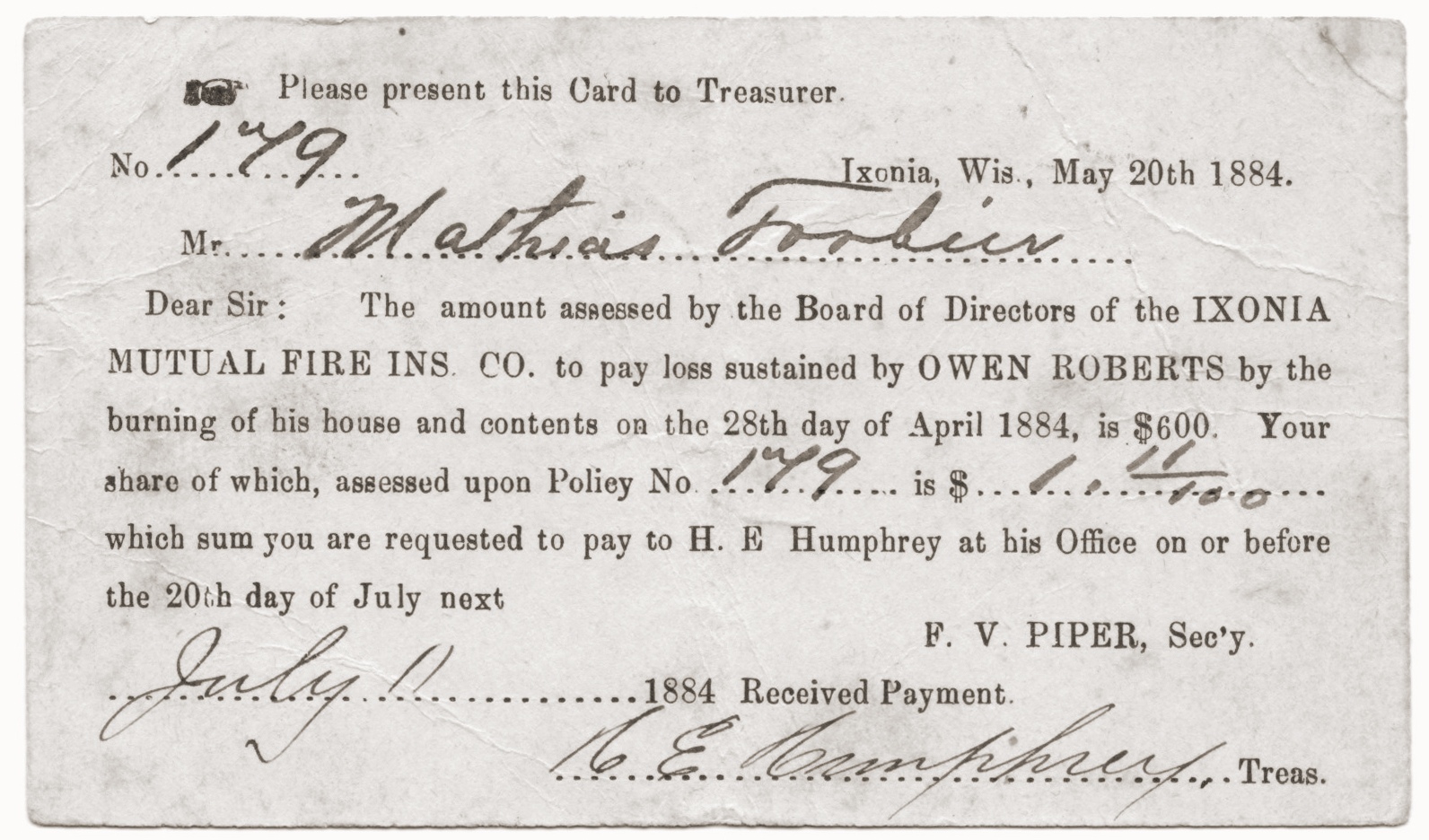 Here is an example of the assessment cards Ixonia issued to its policyholders. This assessment was for another major event, the loss of Owen Roberts’ home.

In spite of these early challenges, Ixonia Mutual persevered and is thriving today as Forward Mutual Insurance Company. We take pride in caring for our policyholders with the same dedication shown by this early company.